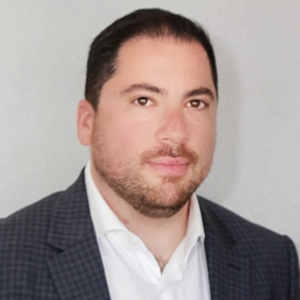 Jacob Cohen
AMIH CHIEF EXECUTIVE OFFICER AND BOARD CHAIRMAN
Jacob Cohen is a serial entrepreneur, corporate finance and executive management professional with over 18 years of investment banking and capital markets experience having started and growing multiple companies in various industry sectors including marketing, advertising, healthcare, IT and financial services. Prior to joining the Company, Jacob was the co-founder and managing partner of several boutique investment bank and strategic advisory firms where he advised both early and later stage companies in raising capital in the form of debt and/or equity and in both private and public markets.
‍
Prior to his experiences in investment banking, Jacob served as the Chief Financial Officer of The Renewed Group, Inc. – a manufacturer, wholesaler and retailer of eco-friendly and sustainable apparel primarily made from recycled textiles and under the brand name REUSE JEAN from 2010 through the end of 2013. Further, Mr. Cohen served from 2008 through 2010 as Executive Vice President and Controller of Metiscan, Inc., a publicly traded company, and as the President and Chief Executive Officer of one of its subsidiaries, Shoreline Employment Services, Inc. During his tenure at Metiscan, Mr. Cohen was instrumental in restructuring, reorganizing and operating the company and its five subsidiaries, and successfully raised over $8 million in equity financing for growth capital. Mr. Cohen also spearheaded the company’s financial audit process and managed its various filings with the SEC.
‍
From 2007 through 2008, Mr. Cohen served as the Chief Operating Officer of Artfest International, which he assisted in taking public at the end of 2007. Throughout his career, Mr. Cohen was involved in starting many new ventures, including The AdvertEyes Network, a digital signage advertising company where he served as founder and CEO. Other positions include investment advisor and institutional equity research analyst for Solomon Advisors and Huberman Financial, securities broker-dealers, from 2003 through 2005, and investment banker for Allegiance Capital, a middle market investment bank specializing on mergers and acquisitions, from 2005-2007.
‍
Mr. Cohen holds a Bachelors of Arts in International Economics and Finance from Brandeis University in Waltham, MA.